One of the essential barriers for telemedicine care inside of National Health systems is the lack of policy for payment when seen patients at distance.

In Japan according to a recent publication is not solved but addressed urgently and in a proper way considering the amount of elderly people in their population pyramid.

1.- Mantain the old premisse that the first visit have to be face to face (F2F) and the following ones can be carried out at distance by means of telemedicine.

2.- Pay telemedicine interventions with the following rates: Only  ¥720 as a medical fee under the public health insurance system or 10-20% of the amount of treated F2F. In the later condition they are allowed to charge patients under various categories that raise the fees.

Two comments deserve both premisses. The F2F requirements has limited days the reason comes with a) the IoT and the wearable devices that allow see, record, auscultate, wireless US detect and get lab urine-blood analysis at distance taken by nurses more efficiently that in any colapse emergency room care, or in any primary care system. And b) with the help of FHIR that allow to integrate data and perform real time data processing and developing the stage 3 meaningful data use by means of data analytics and machine learning. 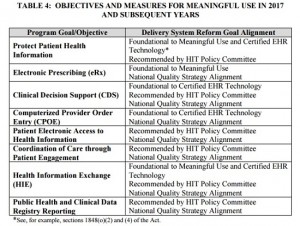 If this is developped as expected, telemedicine payment should raise to the F2F levels assuring its implementation, but noticed…. by private insurance companies as a profitable bussiness model ( an outsourcing of the public health system), since the public healthcare is too old, too complex to reengineer services, too conservative to accept the main role of the nurses, too close to integrate patient generated health data (PGHD), and let me say it has lost their opportunity to update knowledge of their human resources and forgot the Strategic area 4 of the WHO. No updating of medical training in the Body of Knowledge of telemedicine represents years of delay in the evolution of public health which responsability is in the hands of the Academia.