One key element of 5G is likely to be Mobile Edge Computing (MEC), an emerging standard that extends virtualized infrastructure into the radio access network (RAN). ETSI has created a separate working group for it — the ETSI MEC ISG — with about 80 companies involved.  MEC uses a lot of NFV infrastructure to create a small cloud at the edge,” 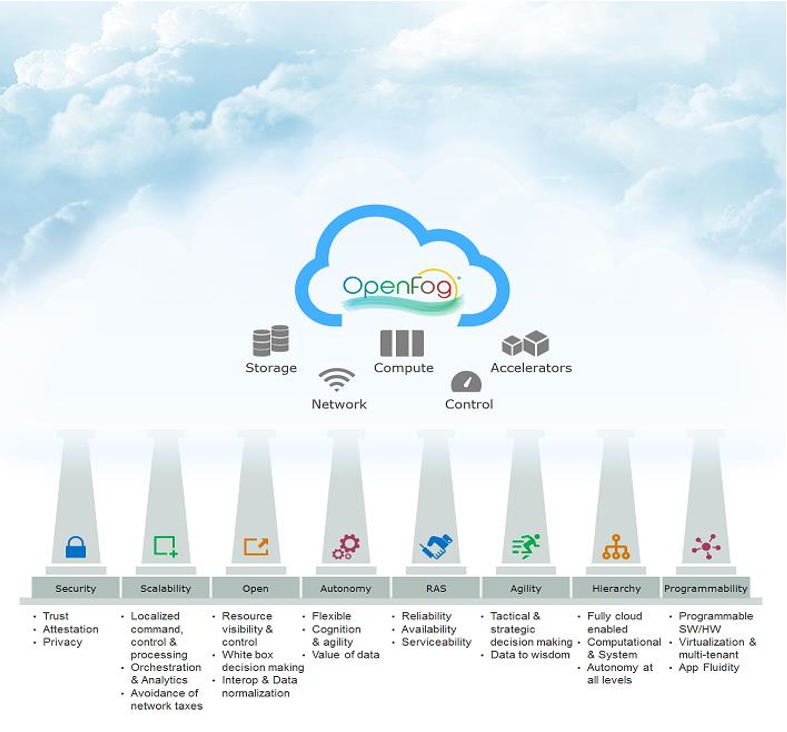 The 8 Technical pilars on which the Architecture of the OpenFog is based are summarized on the image above taken from the  OpenFog_Reference_Architecture_2_09_17-FINAL .