We are moving from DIY= Do It Yourself (1) (2) (3)  towards DII= Do it Itself. In this environment machines are intelligent enought to do the things by themselves. 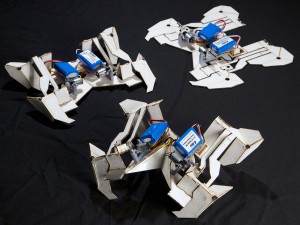 From ORIGAMI ROBOTS capable to reassamble and act by themselves to the VIV, an intelligent SIRI capable of reprogramme and build new code to reply towards human demands.

ViV Labs explain that Siri can only perform tasks that Apple engineers explicitly implement, but this new program, will be able to teach itself, giving it almost limitless capabilities. In time, they assert, their creation will be able to use your personal preferences and a near-infinite web of connections to answer almost any query and perform almost any function.

From the Cognitive Assistant that Learns and Organizes, or CALO in the earlies 2000, we reach in 2015 an architecture to allow VIV ( Latin root meaning live) to understand languages and write its own programs, envisaged by the founders as a service that can be licensed.

Artificial Live with Artificial Intelligence is there, they DII (Do It Itself). The era of the robots as Personal Assistants have started. Now is our turn to use them as a PHA, Personal Health Assistants. Connected with a “Global Health Brain”  (GHB) will be capable to find out any personalized medicine build anywhere in the world for your health requirements and allow you to access @ distance.

Following the VIV 3 pillars: It will be taught by the world, it will know more than it is taught, and it will learn something every day.